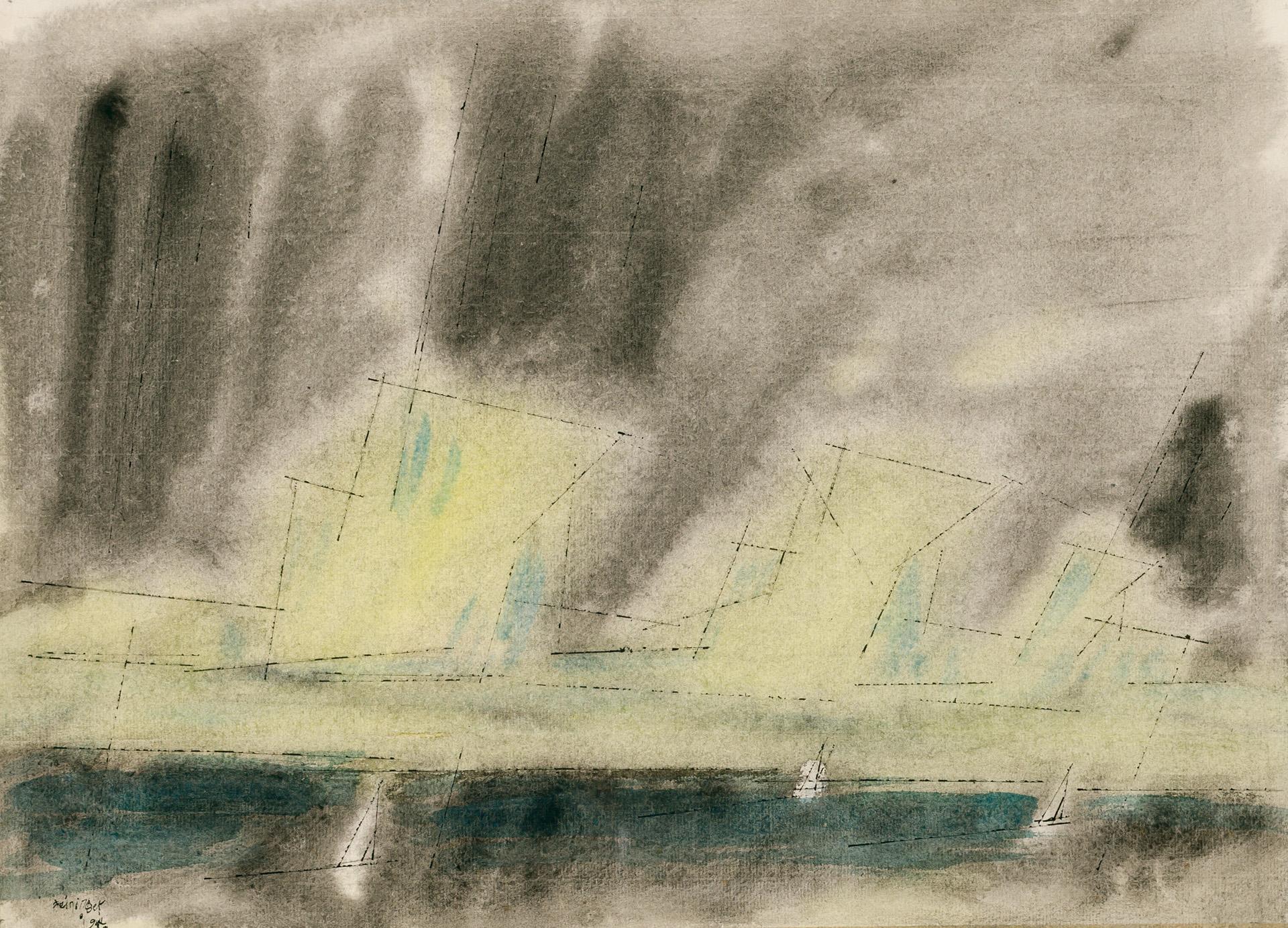 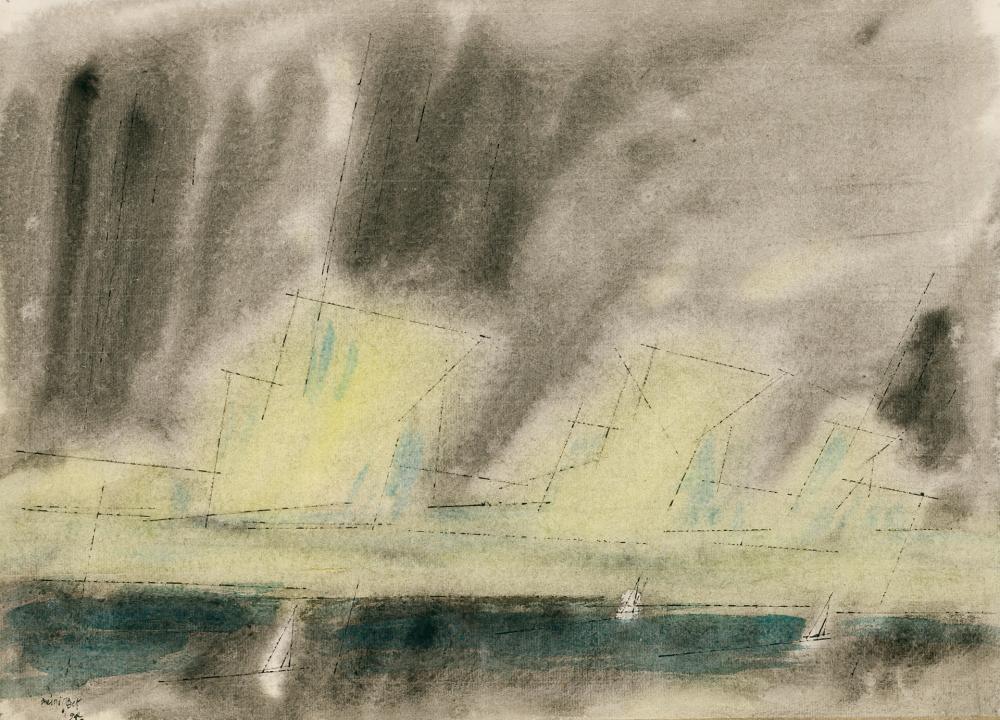 Other Notes: A copy of the letter of authenticity from The Lyonel Feininger Project LLC accompanies the lot.

Lyonel Feininger was born in New York City on July 17, 1871 and moved to Germany with his parents in 1887. He started his artistic training when he was just 16 years old, studying in Hamburg, Berlin, and Paris from 1887-1892. He worked as a freelance cartoonist and illustrator in Berlin and then moved to Paris. He completed his first oil painting in 1907 and had his first solo exhibition just ten years later at Galerie Der Sturm in Berlin.

Feininger was part of the German avant-garde in the early twentieth century and one of the first teachers at the influential Bauhaus school in Weimar, Germany founded by Walter Gropius in 1919. His woodcut of a cathedral with three stars decorates the cover of the famed Bauhaus Manifesto.

Feininger exhibited his work as a member of the "Berliner Secession" group and in 1911, eleven of his works were included in the Paris "Salon des Indépendants." He was friends with Jules Pascin, Robert Delaunay, Wassily Kandinsky and Paul Klee.

Hitler forced the Bauhaus closed in 1933 and by 1936 Feininger left Germany to teach at Mills College in Oakland, California. He returned briefly to Germany and moved permanently with his family to New York City in 1937. Under the Nazi regime, despite his critical acclaim and success, Feininger's art was deemed "Degenerate," banned and removed from public view.

Of coming to New York, he wrote, "I feel twenty-five years younger knowing that I am going to a country where imagination in art and abstraction are not an utter crime, as they are here..." (quoted in Ulrich Luckhardt, Lyonel Feininger, Munich, 1989, p. 44).

By the 1950s, Feininger's primary interests were the interaction of line, form, and color. Sailboats figure prominently in his works from this period, as seen in the example offered here. The three sails lined up play against the geometry of the water and the sky. While there is a sense of atmosphere and scene, the painting's theme of color and line are evident over the subject matter.

In New York, he was invited to create murals for the 1939 World's Fair. His work was well-received in the United States and earned a purchase prize from the Metropolitan Museum of Art in 1942 and a retrospective with Marsden Hartley at the Museum of Modern Art (MoMA). Feininger died in 1956 and is today noted as an important Modernist of the early 20th century.