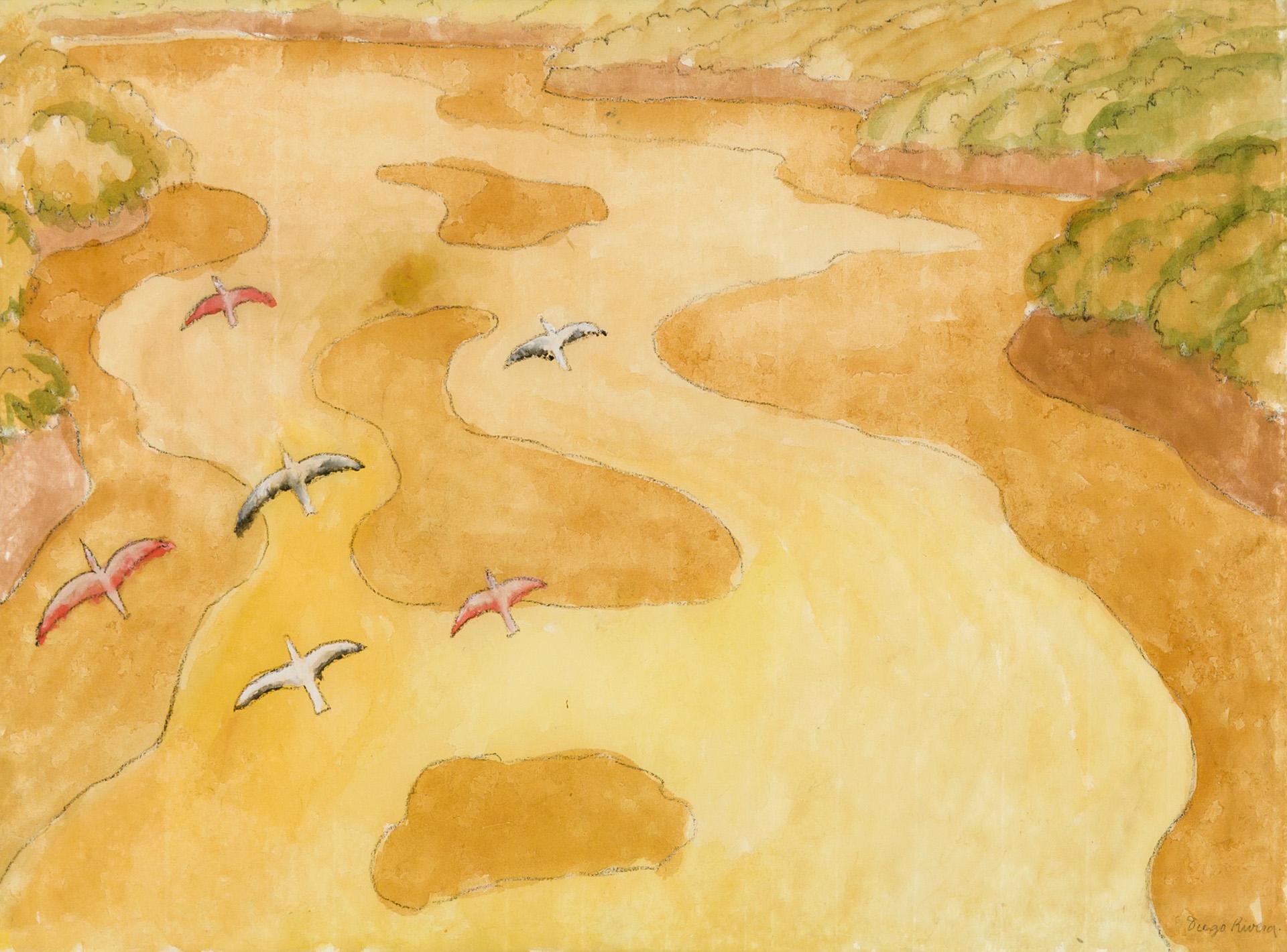 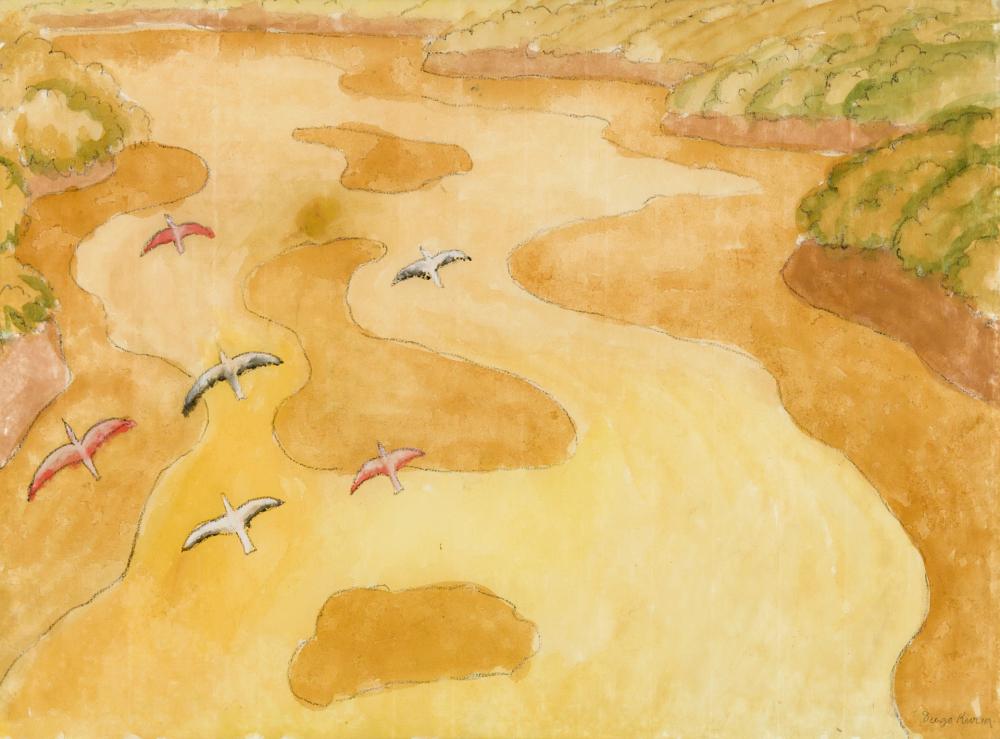 
Other Notes:
Diego Rivera is most known for his monumental murals found throughout North America as well as his uncompromising political beliefs, which were often a point of controversy for him. In addition to his murals, his easel painting, drawing and watercolors form an important part of his oeuvre. The present lot, a watercolor of the Yucatan landscape created circa 1930/31 is an excellent example of the importance of this area of Mexico to Rivera. Around the same time, he created a portfolio of watercolor works illustrating the ancient text of the Popol Vuh – the Mayan people's history, origins and traditions. It was also the year that the Museum of Modern Art held a retrospective of Rivera's work in New York.

Rivera was a born a twin to a wealthy Mexican couple in Guanajuato, Mexico in 1886. His twin brother died two years later and Rivera began to draw obsessively a year after that. He was encouraged by his parents and entered the Academy of San Carlos in Mexico City at the age of 10. After graduating, Rivera left for Europe to train in Madrid, and them moved on to Paris. He spent several years in the Montparnasse area befriending other artists of the time such as Amadeo Modigliani and Chaim Soutine. He studied and experimented with the Cubist style and Cezanne's Post-Impressionist plays with form and color. Ultimately, he returned to Mexico and developed his own style which drew on ancient, native Mayan pictorial styles, and the simplified figures and bold colors of the European movements. His work retained a narrative element based on Rivera's interest in storytelling through images – an emphasis originating from his fascination with ancient pictorial texts.

The 1920s and early 1930s were very important in the maturing of his personal style. The politician and philosopher Jose Vasconcelos was integral during this period of Rivera's life. Vasconcelos convinced him to go on an educational trip to the Yucatan region with him and other writers, journalists, painters, and anthropologists in 1921. They visited the Mayan ruins and the indigenous people of the area. The Colorado Springs exhibition catalog for "The Persistence of Myth and Tragedy in Twentieth Cetnury Mexican Art," notes, "Rivera again filled many sketchbooks, entranced with the tall Tehuana women, their unique and beautiful costumes and with the lush forest landscapes. Materials in the Yucatan and Tehuantepec sketchbooks were to influence and feed Rivera's imagination – inculcating the themes of Mexican culture and folk art first seen in Posada's shop – in both mural and easel painting for the rest of his life."[1]

Of the present lot, the catalog authors note it as, "…almost certainly adapted from the early sketching trip to that region with Vasconcelos. This amazing charcoal and watercolor provides a bird's-eye view of a yellow river banked with foliage created in Rivera's "cartoon" style, topped with seabirds flying over the river."[2] The authors argue that Rivera's mature Mexican style fully emerged in the 1920s and that some of the artist's most beautiful Mexican easel paintings and other non-mural works come about in this great period of mural painting in the 1920s and early 1930s – perhaps Rivera's most fertile time period.