Back to catalog
Lot 64 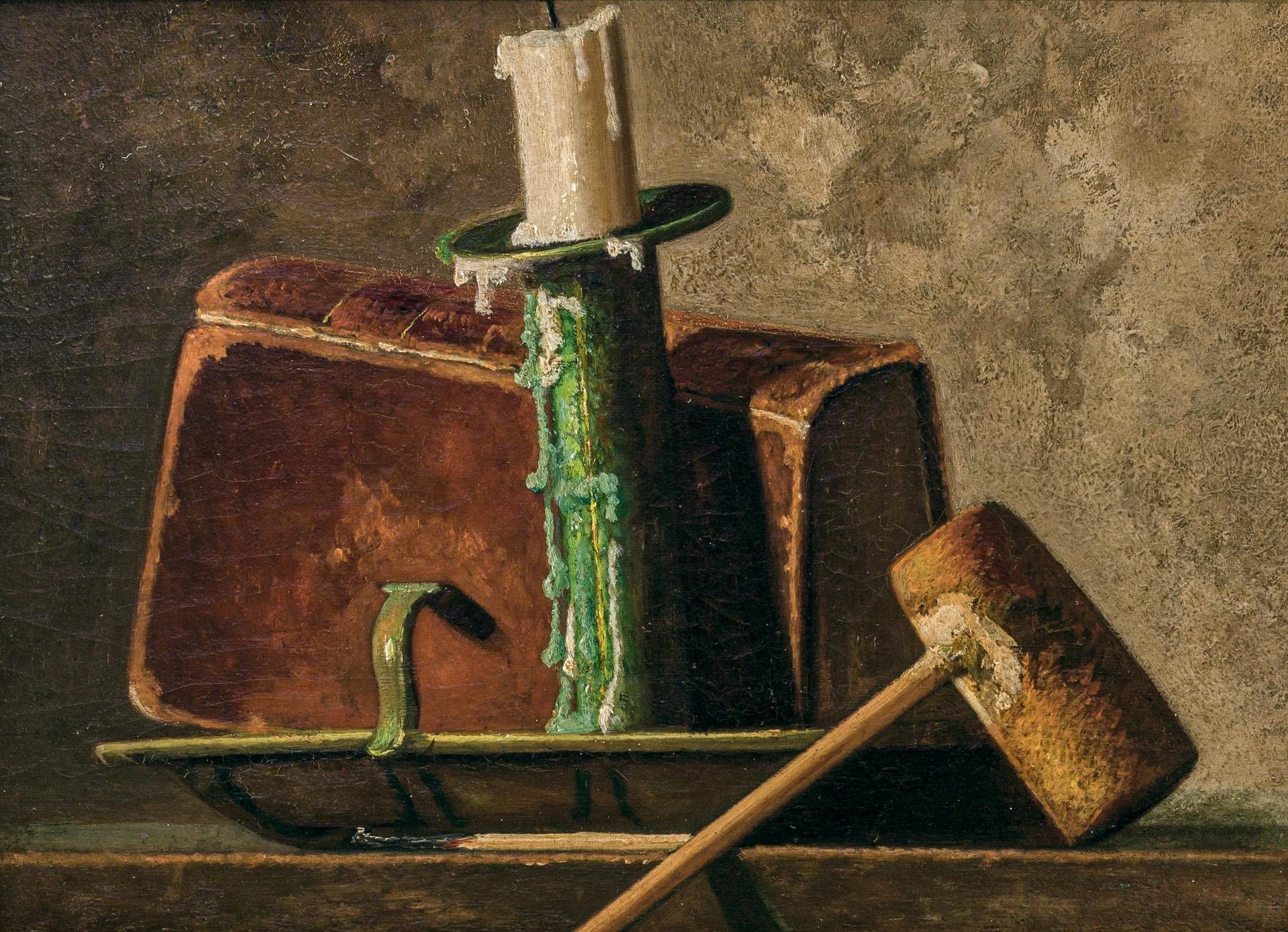 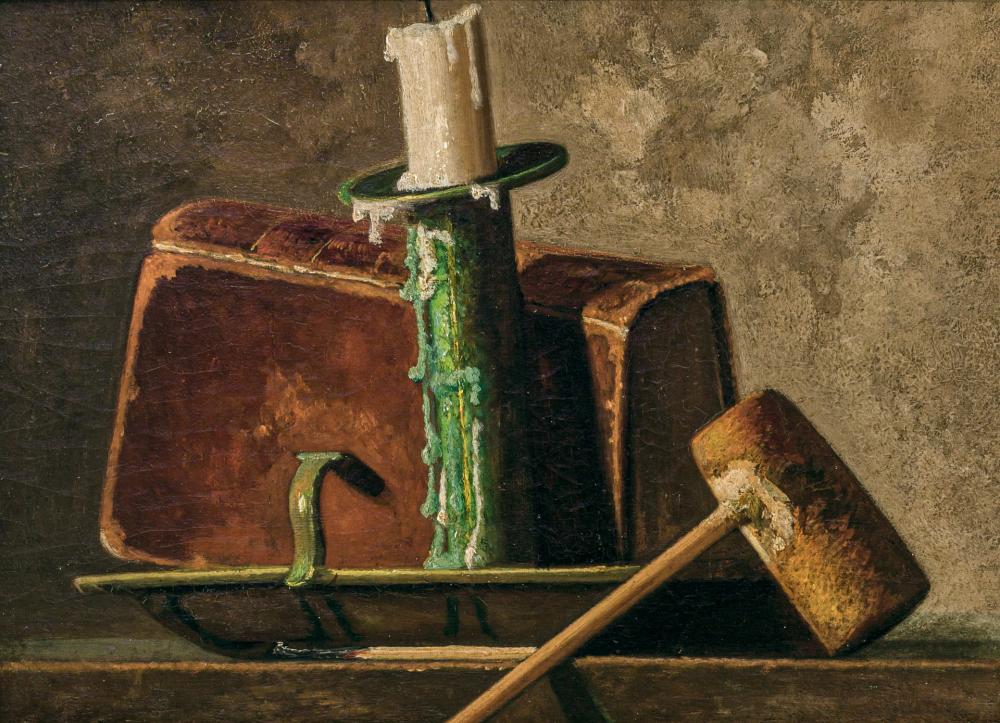 Other Notes:
A shy, reclusive man who spent most of his career removed from any urban art center, John Frederick Peto has emerged as one of the most romantic and enigmatic figures in late nineteenth-century American art. Because he made no statements about his art, no personal letters have survived, and he rarely exhibited his work, he was virtually unknown until the late 1940s when art historian Alfred Frankenstein began his comprehensive study of American trompe l'oeil painters that culminated in the 1953 publication of his After the Hunt: William Michael Harnett and Other American Still Life Painters, 1870-1900. In this important work, Frankenstein recognized Peto as a distinct artistic personality whose work was frequently forged with Harnett's signature. While the two artists were friends, and often painted similar still-life subjects (books, mugs, pipes, musical instruments), Peto's work is clearly distinguished from Harnett's by its looser brushwork, softly diffused light, and sense of melancholy created by his use of aged and tattered objects. Harnett's still-life objects may be old and well-used, but they are always elegant, sumptuous, and crisply delineated. Furthermore, Harnett's work does not have the brooding, introspective mood so evident in Peto's work.

Peto's life and work was thoroughly studied by John Wilmerding in his 1983 study, Important Information Inside: The Art of John F. Peto and the Idea of Still-Life Painting in Nineteenth-Century America. Born in Philadelphia in 1854, Peto may have acquired his interest in art from his father, Thomas H. Peto, who was a dealer in picture frames. By the mid-1870s, Peto was listed as an artist in the city's directories, and in 1877 he enrolled at the Pennsylvania Academy of the Fine Arts. While there he studied briefly with Thomas Eakins. His attraction to still-life painting is not surprising considering the strong tradition of the genre in Philadelphia and the fact that he would have been familiar with examples by the Peales, Severin Roesen, and John F. Francis. Perhaps the greatest influence on his art was his friendship with William Michael Harnett, whom Peto met in Philadelphia before 1880, the year Harnett left for Europe. Peto maintained various studios in Philadelphia over the next decade, and exhibited his work on occasion at the Academy. In 1887, while in Cincinnati working on a commission, Peto met Christine Pearl Smith, whom he married in June of that year. The couple settled in Philadelphia, but began to spend time in the resort community of Island Heights, New Jersey, where Peto, a talented cornetist, played for the Methodist camp meetings. In 1889, Peto built a house and moved permanently to Island Heights, where he and Christine raised their only daughter, Helen. He continued to paint, and also took up photography. He ceased to exhibit his work in Philadelphia, preferring to show it from time to time at the local drugstore. Peto died in Island Heights in 1907.