Back to catalog
Lot 55 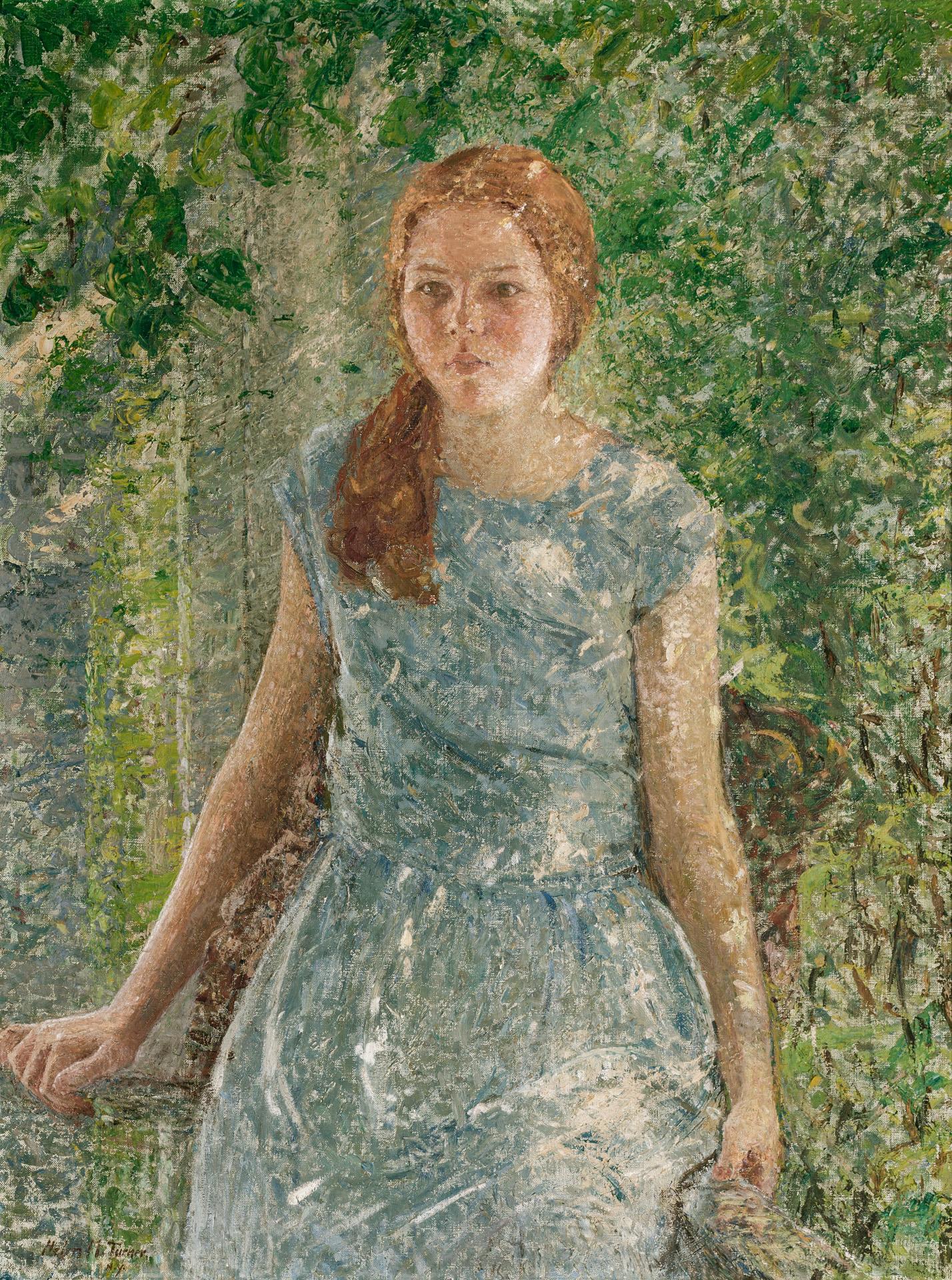 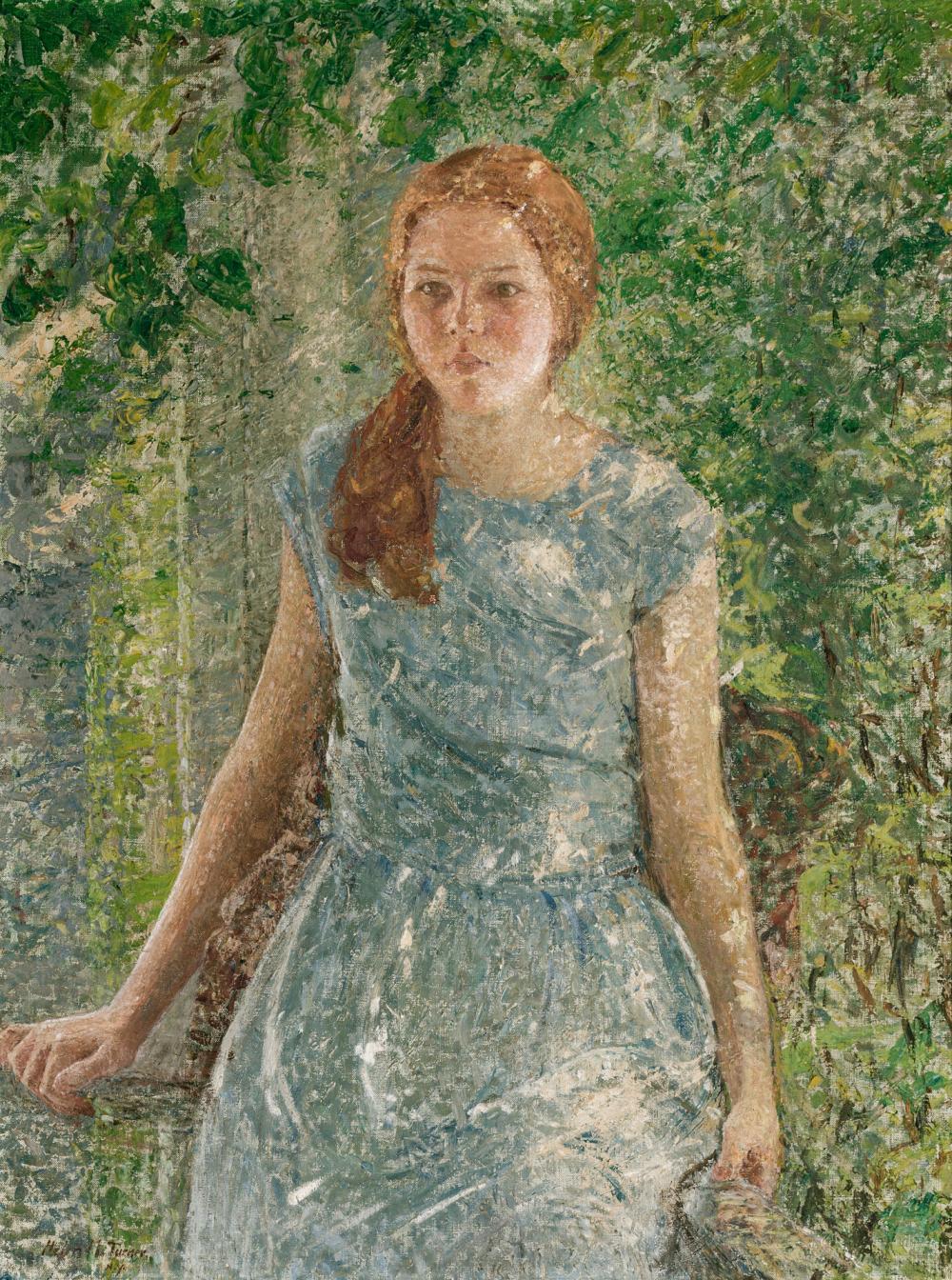 Literature: A copy of the exhibition catalog accompanies the lot.

Other Notes: A label from Akron Art Museum, Akron, Ohio is on the reverse.

Trained at New York's Art Students League and Cooper Union in the late 1890s, Helen Maria Turner was also a beloved member of the Cragsmoor Artist Colony. Her typically quiet, yet lush works place her in the company of well-known American Impressionists such as Mary Cassatt, John Singer Sargent and, her friend, William Merritt Chase. Her figurative works, the vast majority of which focused on women and girls, are her most iconic. The unique beauty in these figurative paintings lies in her uncanny ability to evoke some facet of her sitter's true personalities - seemingly effortlessly captured in moments of everyday activity or moments of contemplation.

Turner was born in Louisville, Kentucky in 1858 to upper middle-class parents - her father was a prosperous coal merchant, and her mother was the daughter of a doctor, and the granddaughter of John Pintard, founder of the New York Historical Society (1804) and the American Academy of Fine Arts (1816). In the aftermath of the Civil War, the family lost their fortune and by the age of thirteen, Turner was orphaned. Subsequently living with her uncle's family in challenging financial conditions, Turner struggled for years with the dilemma of how to support herself on the outskirts of the genteel society she was been born into.

While attending classes at Tulane University and the New Orleans Artists' Association, Turner was encouraged by her instructor Bror Anders Wikstrom to move to New York and enter the Art Students League. She began to show her art in New York during these early years, she also enrolled at Columbia's Teachers College and began teaching as a temporary instructor. From 1902 to 1919, she taught scores of young women drafting - training them to sketch rapidly, a skill needed by fashion houses, magazines, department stores, and greeting card companies to name a few. At the same time, her presence in the gallery world grew and after 1906 her paintings were regularly included in juried museum shows around the country.

In 1912, her Young Woman with Jewels won the National Arts Prize for 'best work in the exhibition' and was sold to the distinguished collector George A. Hearn. Her work was notably included in the traveling exhibition of 1917 "Six American Women" along with Mary Cassatt, Jane Peterson, Martha Walter, Alice Schille, and Johanna H. K. Hailmann. In 1921, Turner became the fourth woman to be elected to full Academician status by the National Academy of Design, and the first from Louisiana.

In 1906, Turner became acquainted with the Cragsmoor Artist Colony near Ellenville, New York, through the Impressionist Charles Courtney Curran. The years from 1905 to 1926 were her most active and the influence of Cragsmoor on those years was undeniable. She was known to have a stunning garden with the most unusual flora, a clear inspiration for what could be thought of as the 'Cragsmoor effect' on her work - sun-dappled foliage painted in a mosaic of shimmering colors. But the effects of summer light and colors were not all that went into these works, it was also the quiet energy of a small enclave in the mountains, far removed from the hustle and bustle of New York City. The famed collector and critic Duncan Philips who owned several of her works described her as "a painter of unpretentious portraits, of landscapes with gentle girls in gardens, of the intimate hours of life in the seclusion of homes. Miss Turner reveals, unconsciously, the woman's point of view. Her interiors are especially feminine with their swift yet searching glance over the texture of materials, the influence of light, the character of a room, and the relation of people to their dwelling place." [1]

Portrait of Ann Spencer depicts the young Ann Spencer (Pratt). About 12 years old at the time, Spencer would later become a well-known painter herself and surely was inspired by her time spent at Cragsmoor. Spencer is perched on the artist's porch in Cragsmoor enveloped by the luscious foliage of the garden, with a play of sun and shadow across her figure. She seems destined for some great activity. This painting is one of the last major canvases by Turner not already in a museum collection.